The Story of The Monsterbet

A few days ago, I shared the story of our first book, The Shoephabet. As promised, I’d like to now share our journey with our second book, The Monsterbet.

When our first-born book was yet a baby, a good friend and fellow Grace alum Daniel Manduka (<—check out his website; can’t wait to tap into even more of his awesome art work!) sorta, kinda, briefly mentioned that he had completed the same typography project James had and had an alphabet of his own. Only, this one was out of monsters. And if I maybe wanted to take a look at them and see if perhaps inspiration would strike, he’d be willing to send them on. 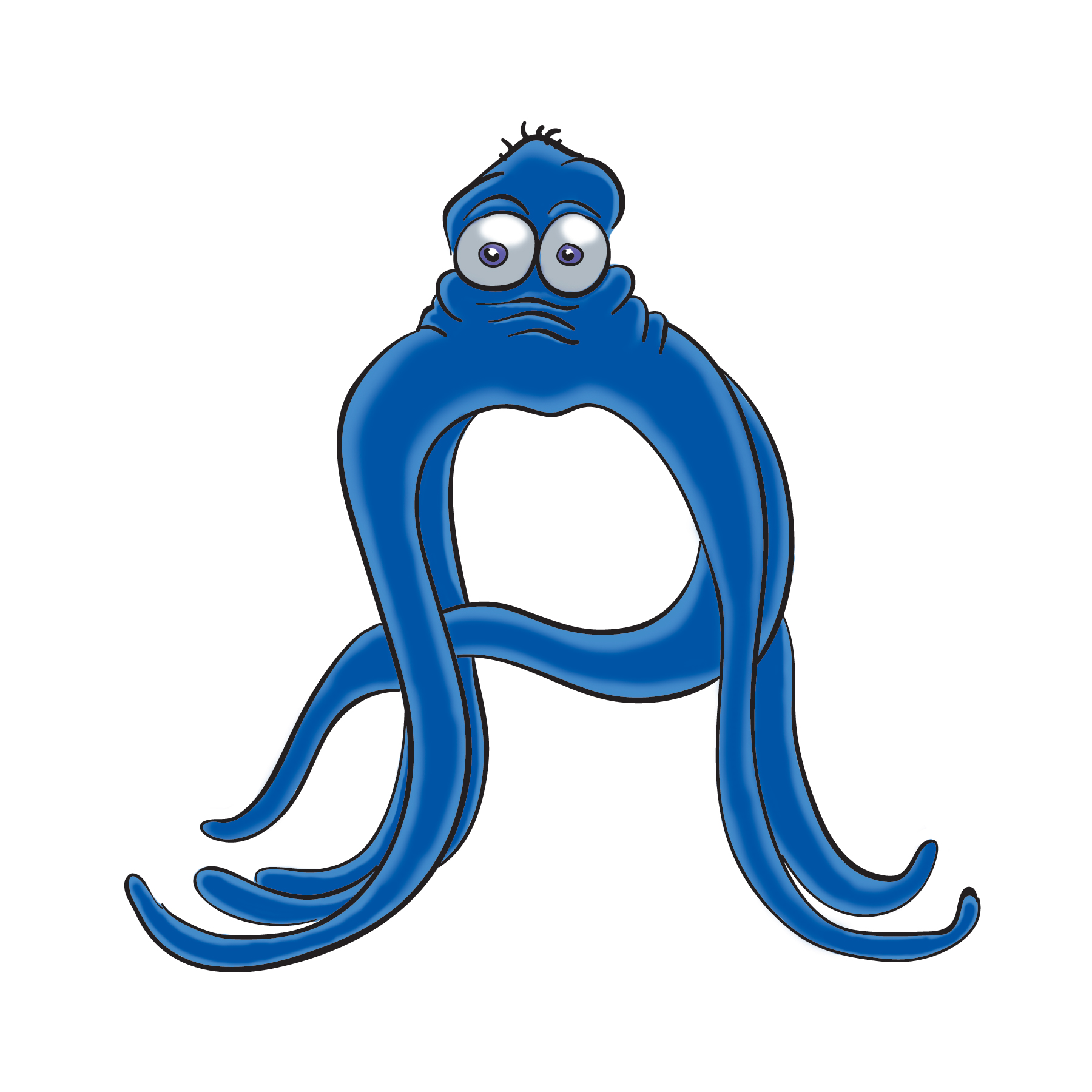 The inspiration
Well, I was still in love with my new baby and besides I didn’t even think I could make one book baby, let alone try to make another? (Okay, these #mommetaphors are getting out of hand. I’ll see what I can do if you promise to stick with me.) I decided to check them out anyway. And I was smitten. They’re sooo different than James’ illustrations. James has a very classical approach to art–beautiful details and rich textures. Which ends up being amazing. And less…silly and maybe even less kid-appealing. Daniel’s art doesn’t exist on this earth. Because it’s not from this earth. It’s from inside his brain and only his brain. And that’s what makes it crazy appealing to kids. Wacky, goofy, slimy, grotesque (in a benign way). Kids love it; dads love it; moms…are withholding their opinions thus far.

The writing process
So I started making lists. I was not trying to write a book; I was just experimenting. Adjectives, nouns, and potential verbs for each creature. Who were they? What were their powers? Were they scary or friendly? After those lists, I wrote out potential rhyming words for each monster. 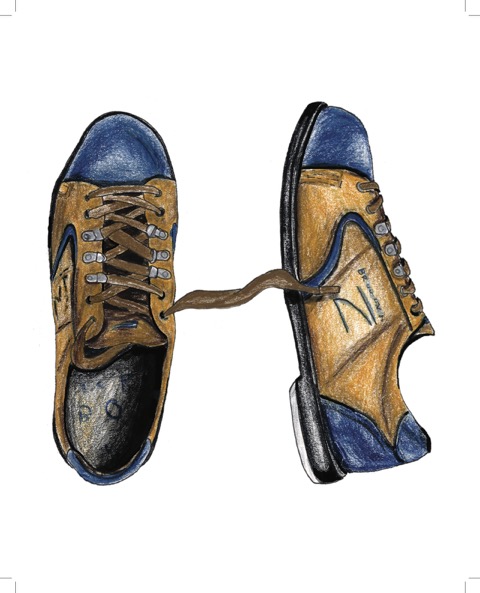 I like boxes, particularly for my brain. The Shoephabet was fairly easy for me to write. The bowling shoe has to be about bowling. The ballet shoe belongs only to a ballerina. But these monsters? They could be anything! This was a very difficult exercise for my brain.

I was contemplating who F was on a drive to Wisconsin, when I consulted my husband. “Sooo this monster 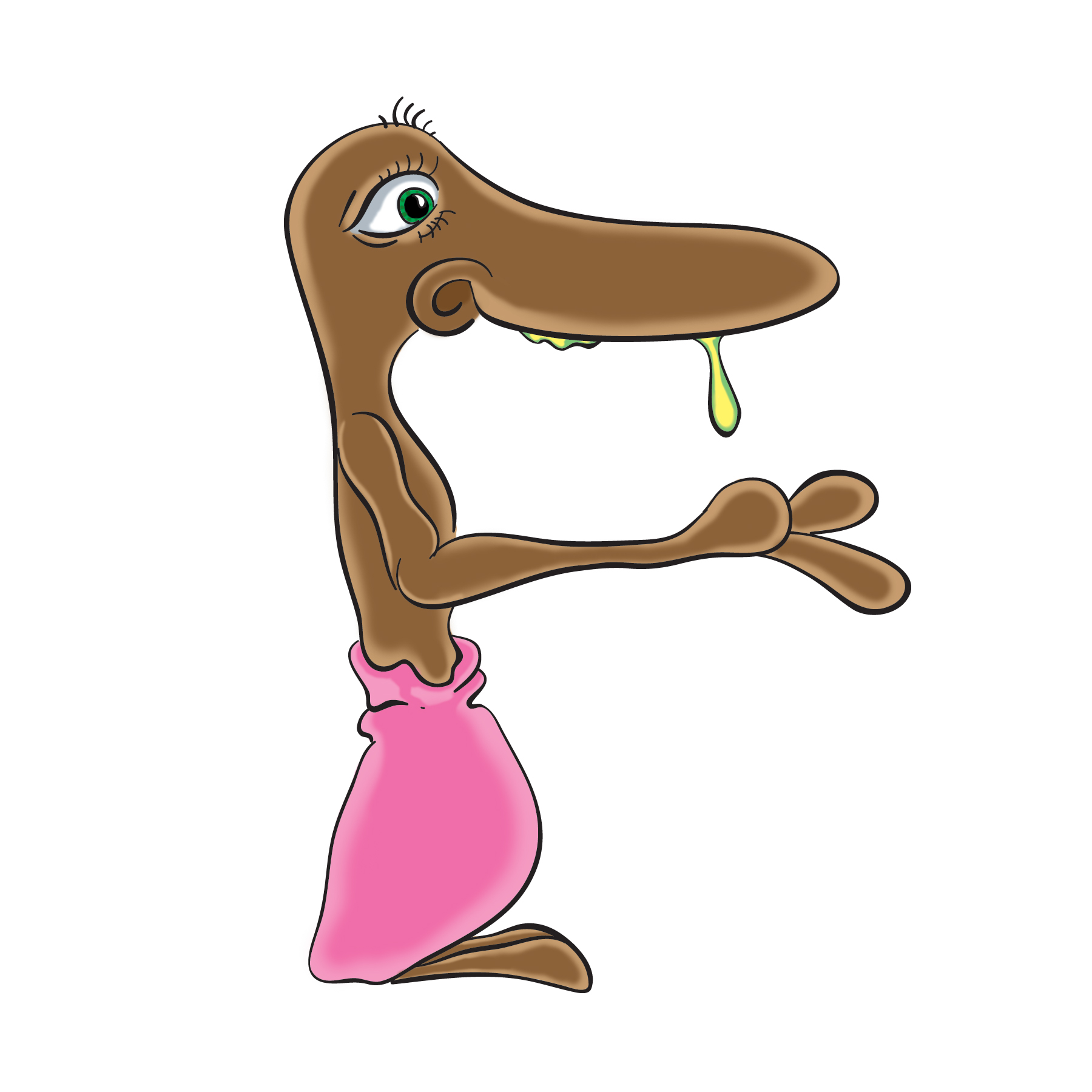 is obviously collecting snot. But why?” James glanced at the monster and without hesitation, declared, “Oh, he’s making Booger Burgers, duh.” My brain exploded (or maybe imploded?). Oooo…so THAT’S where we’re going here. And it was that statement that unleashed my inner middle school boy *shiver* and started me down the path that led me to completing The Monsterbet. 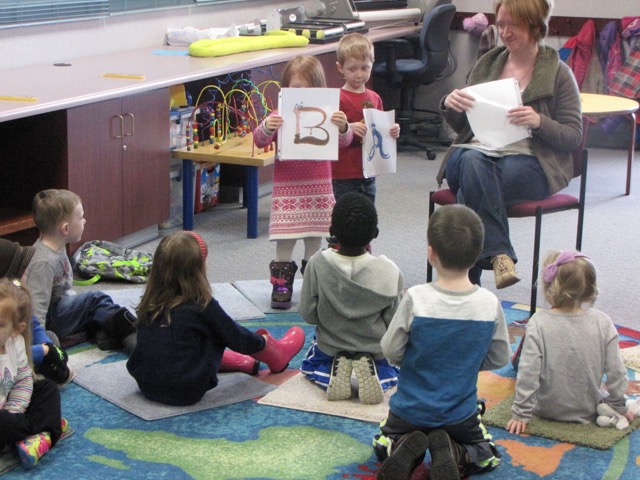 As I presented The Shoephabet at local schools and libraries, I started introducing them to A, B, and C of The Monsterbet. B, of course, received the biggest response. “What happens when you ring his bell???!” the kids demanded. After at least a hundred kids becoming infatuated with B, I changed a later rhyme in the book to answer this question for our most important audience (if you have a copy, do you know which one it is?). Writing is an ever-evolving process.

Writing is an ever-evolving process. 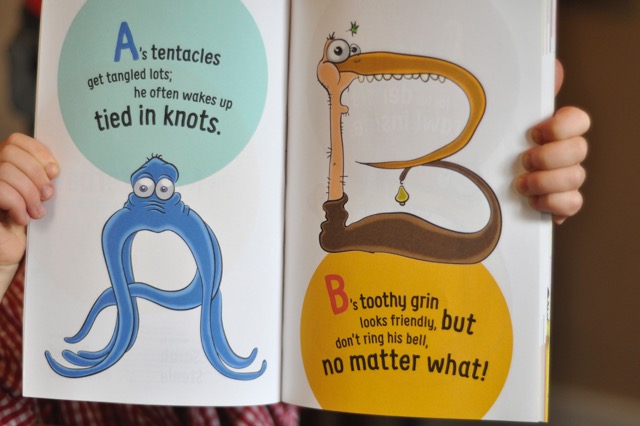 About a month into the really serious writing process, my children received their very first copies of Pete the Cat as Christmas gifts (back when Eric Litwin was the author). Repetitive phrases are not new in children’s literature, but I was struck afresh and knew then that I wanted some repeated phrase. Just not after every.single.letter. 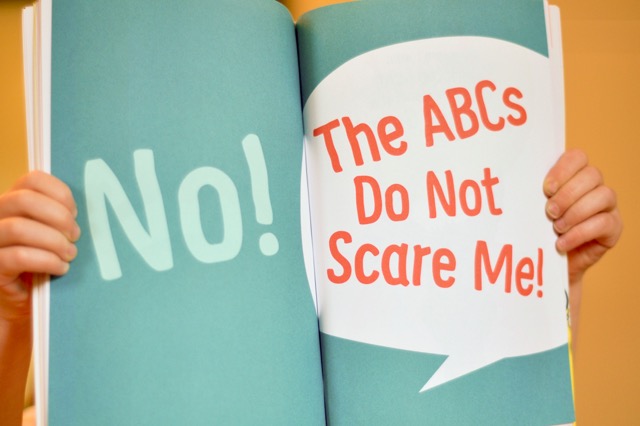 James’ new role
James took on a new (and his preferred) role for this book–graphic designer. From the semi-creepy solo leg on the front cover and bright circles for the text to the speech bubbles for the repeated phrase and the silly “reviews” on the back cover, this was his child. Do you ever feel awe at what someone else can do? Not envy where you hate them for being awesome and you’re pretty sure you’re good at nothing, but deep admiration because you wouldn’t even know where to begin and you’re so glad God made you differently? That’s how I feel about Daniel’s illustrations and James’ design. This book was truly a team effort!

A new printing choice
After many library inquiries but many “Just let us know when you have it in hardcover,” we decided to look seriously into a new printing company. We couldn’t print our book in hardback through Blurb for less than $17–OUR cost, but we knew there was a market for it. We looked into Amazon’s CreateSpace but wanted to sell through more than just Amazon and hadn’t heard great reviews about their printing quality for picture books (anyone can print black and white text–cheap and easy–but not just anyone can print a picture book). We kept hearing about IngramSpark from other self-published picture book authors and decided to give it a try. Turns out: Blurb prints their books through…Ingram. So we cut out the middle man and can now afford to print hardcover copies of our babies! (Oops, sorry; I’d been doing so well.) I’ll speak more specifically to some differences in another post; this one is already quite lengthy!

For you
Do you have any questions about our process that I haven’t yet answered? About self-publishing? (There is a separate post…coming.) I’m happy to share our experience. Others have been so kind to us by sharing their experiences; we want to pay it forward!

This site uses Akismet to reduce spam. Learn how your comment data is processed.