The Story of The Shoephabet

Many people have asked. (And many is an understatement.)

Where did we get the idea for alphabet books?
Why did we choose to self-publish?
What company did we use?
How did we go about making a book?

This post is a beginning of this conversation, though I’m sure there will be more to come.
So here it is. The story of our first book, The Shoephabet. 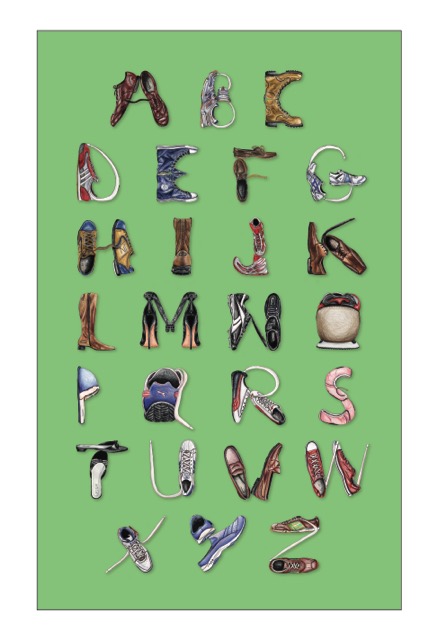 The original green background and drop-shadowed images. James had great skills as a college junior, buuut his skills have vastly improved since then. 😉

The illustrations
In 2005, James created the colored-pencil illustrations he dubbed as the Shoephabet. As a Graphic Design major at Grace College, he was taking a class on typography and had to create his own typeface and non-textual alphabet. His work won him first place in the illustration category of a juried art exhibit and a handful of inquiries about purchasing the poster or if he would ever consider turning it into a children’s book. 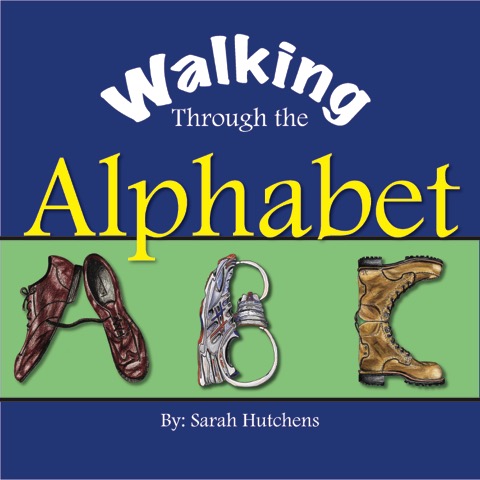 The original 2005 version of a book cover sample. This design gives James the hebejebes.

Feeling inspired
Fast forward nearly a decade and we had added two children to our family and were still receiving questions about when we would finish our alphabet book (that we, uh, weren’t working on, ahem). The individual shoes had been hung up as a border for our kids’ room, and looking at them every day (and making up a bedtime story about them every night) started to raise my desire to turn them into a book. A fundraising auction for my alma mater in October 2014 gave me the push I needed to get serious about these rhymes. How fun would it be to donate a book written by a former student!

But then. I reached the third trimester of my third pregnancy and couldn’t walk, sit, or roll over in bed without major pain. I was tired, nauseous, and mostly miserable. And so, my dreams of showcasing James’ beautiful illustrations in a book were put on hold. Early in 2015, the baby was born, and my body started to recover. So 2015 I was committed to finishing that book!

Writing
I worked on it much of that summer. I brainstormed while the baby slept; I read and re-read friends’ insights while I nursed her; I listed rhyming words while the big kids played; I wrote during the nighttime peacefulness. And in September 2015, I used Blurb‘s free software to layout the book. 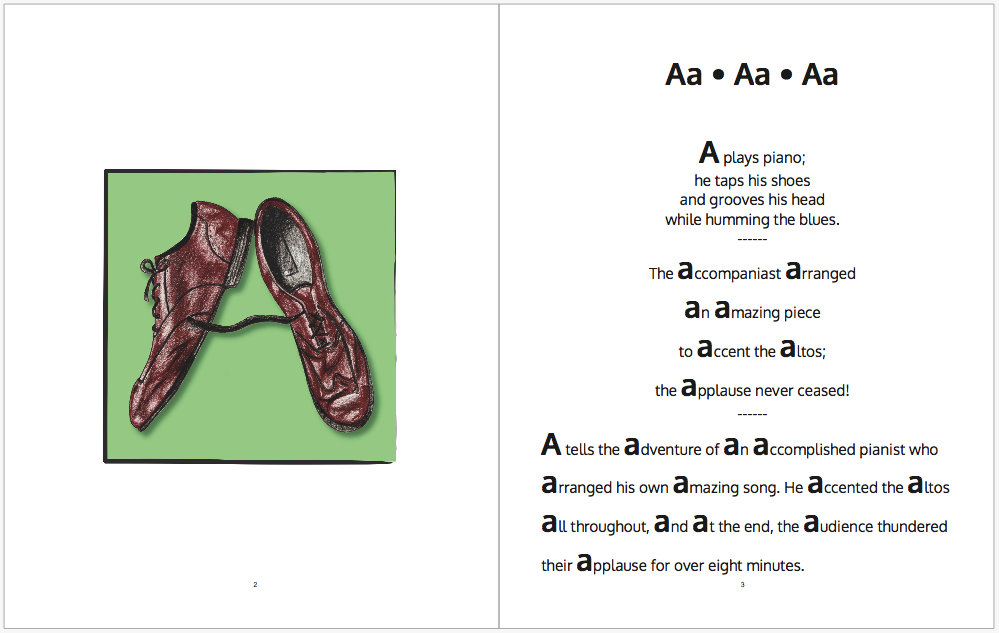 Playing around with different complexities of vocabulary. I emailed these to several friends with kids of various ages. In the end, I went the simple route (with none of these rhymes).

Designing
But then, my graphic designer husband saw what I was doing, how outdated that green background was, the all-too-basic font I had chosen (etc etc etc!) and said sweetly, “Darling,” (which is never a good sign), “Dearest, let me just throw this into InDesign and give it a little tweak.”

Seventeen thousand tweaks and one month later, and we have the book you have come to know (and love?). 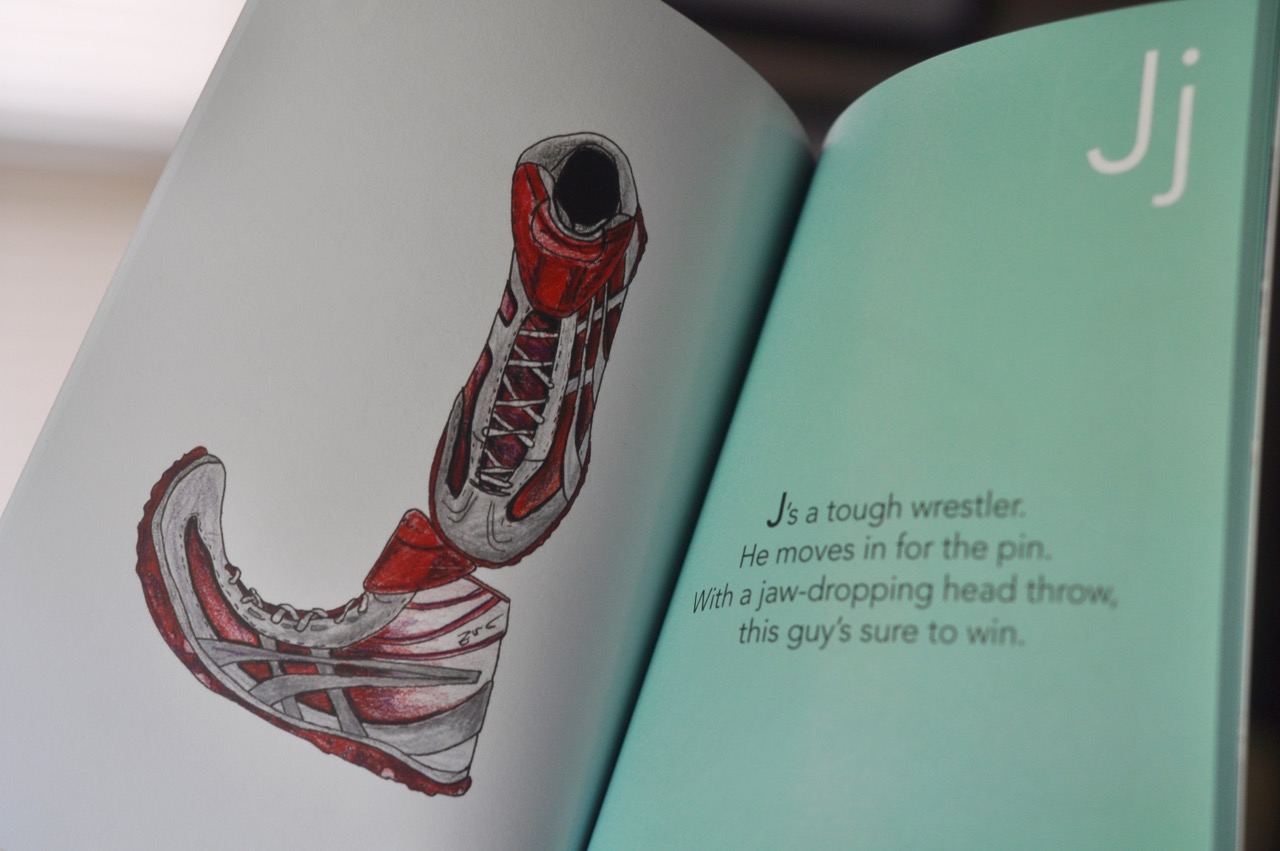 The first prints
We ordered two books initially. One to donate and one to keep. When they arrived in the mail, I screamed and nearly cried. I’m not sure what I was expecting. Surely not the laminated pages of the spiral bound students books I made as a teacher. And yet, it exceeded my expectations by 1,000%. It felt like seeing my fourth child for the first time. I’d grown it, cared for it, seen the ultrasound, but right there in real life? I couldn’t get enough! I wanted it by my side at all times, unless someone else were admiring it right next to me. I wanted others to read every word and study every illustration and exclaim ooo’s and aaaah‘s over it and how creative! and so beautiful! Of course, most people don’t view books as people, and so they simply didn’t know how to love it like I did. But I forgave them. Because it was my book. And I loved it. 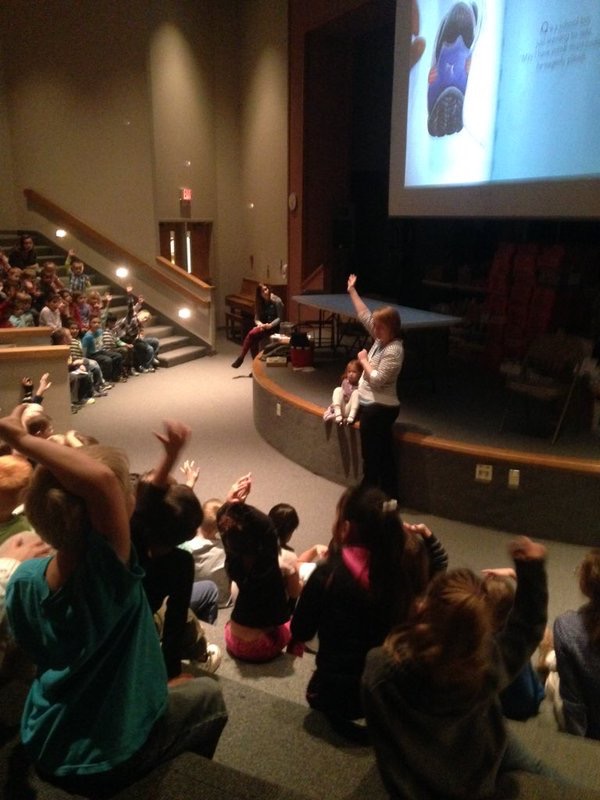 The presentation where I brought my three-year-old with me. Let’s just say we all learned a thing or two this time.

Marketing
After the initial shock was over, requests for copies of the book started coming in. Just from people we knew, mind you. So after careful consideration, we decided to order 100 books. We figured with our large group of close friends and immediate family (I’m the oldest of ten kids!), we’d give away about a third and most likely be able to sell the rest. And sell, it did! We sold out after the first week and entered our second printing soon after, ordering 300 books this time. We decided to open an Etsy shop, so that people outside of driving distance could order our book. Then several craft shows, school presentations, library visits. Marketing really deserves its own post. (Writing that in my Evernote blog post ideas note.) Because once your baby has been born (hey, I’m a mom of almost-four; you’ll have to get used to the #mommetaphors), you think everyone will want to meet him and spend time with him, and truly people do care, but it’s just not like you do. So we had to start working to sell our book. 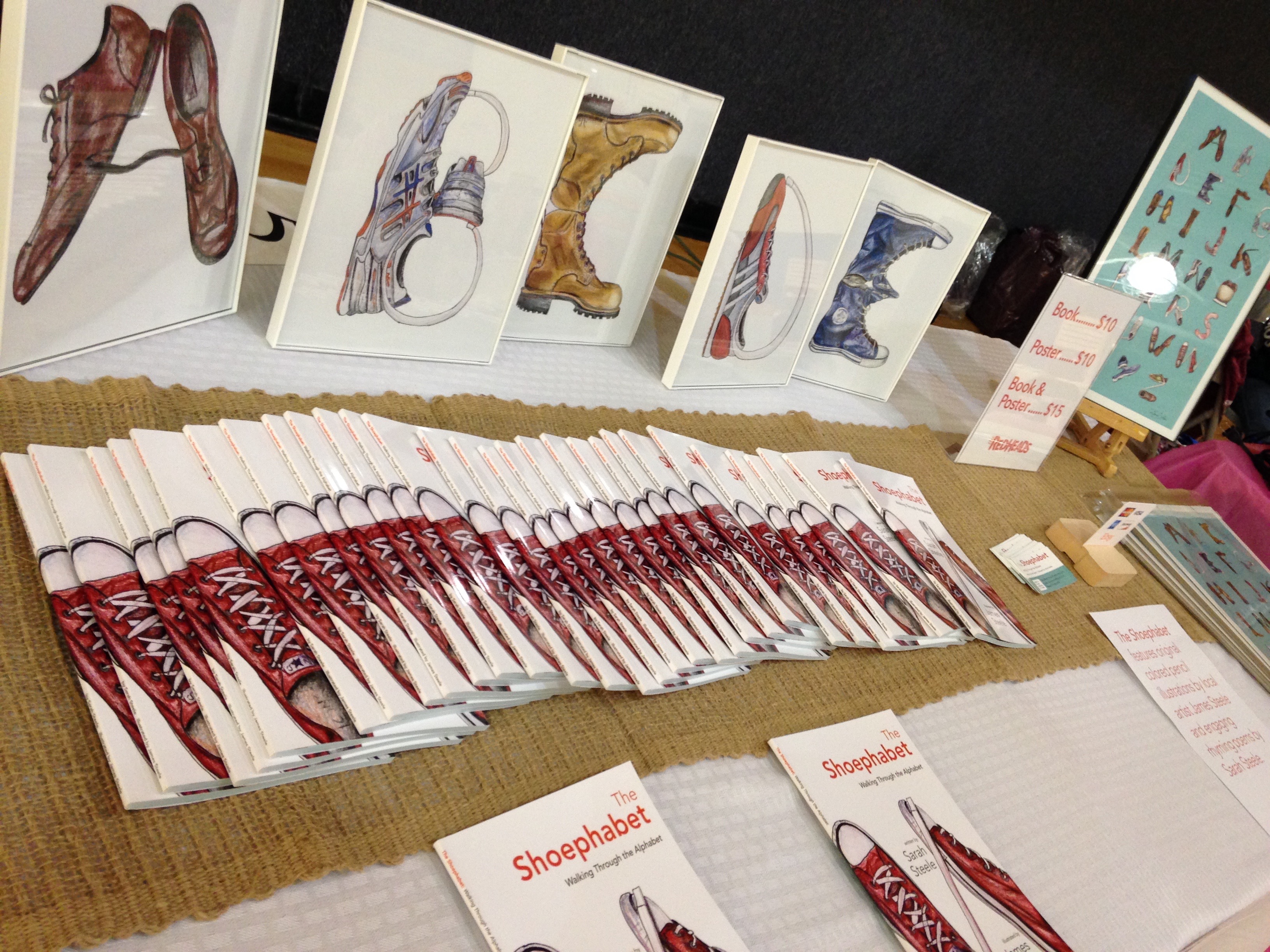 I told James as I left for every craft show, “At the very worst, I sell no books, and I got to go out by myself and be with adults. I’d say that’s a pretty swell bad day.” Well, we’re now six months later, and we’re in our second set of 300 books. To be sure, things slowed down for a bit until…we published our second book! The advice I have read everywhere was that the best way to sell your first book is to write a second book. But that’s a post for another day. (I’ll be sharing more specific information on self-publishing in the next few weeks.)

The best way to sell your first book is to write a second book.

A Word on Blurb
We chose to use Blurb because we knew them. I had created several family photo albums with their easy peasy software and had printed them through Blurb for $30-$40 total (a rare feat for any scrapbooking endeavor!). I was familiar with their software, printing process, and quality. Plus, their prices were really attractive when creating a trade book. If you have experience with Miscrosoft Word and/or Publisher, you can easily use Blurb’s Bookwright. In my post about The Monsterbet, I’ll share with you why we’ve now chosen to print through another company.

This site uses Akismet to reduce spam. Learn how your comment data is processed.